What we are planning

Our goal is simple and fundamental. We want to build Marian refuges worldwide, which give the special children of this world, the orphans, a new home. Children will not be referred to foster families, but can experience what care, security, continuity and stability constitutes. In this community they learn and work together to shape their lives. They are supported with a top educational format from the age of six until they obtain their High School degree. During these formative years, they will grow up in a family network of togetherness and hopefully personify a worldview that integrates love, character, integrity and faith.

The refuges are will be located in environments where clean water is available and land can be cultivated for practical purposes. The aim is to achieve a degree of economic independence and to promote a natural self-sufficient life lifestyle. Children are educated in cooperation with the respective education ministry of the state in which they are located or according to an international educational standard such as the International Baccalaureate (IB) program. They will be accompanied by volunteers and accomplished educators as well as academic specialists, who can teach and live onsite. In addition, the Marian Refuges offer educators and volunteers an environment of faith, meditation and peace from a harried worldly environment in a beautiful natural setting. It is foreseen that the refuges will also manufacture products to spur creativity and innovation while increasing economic and spiritual independence. 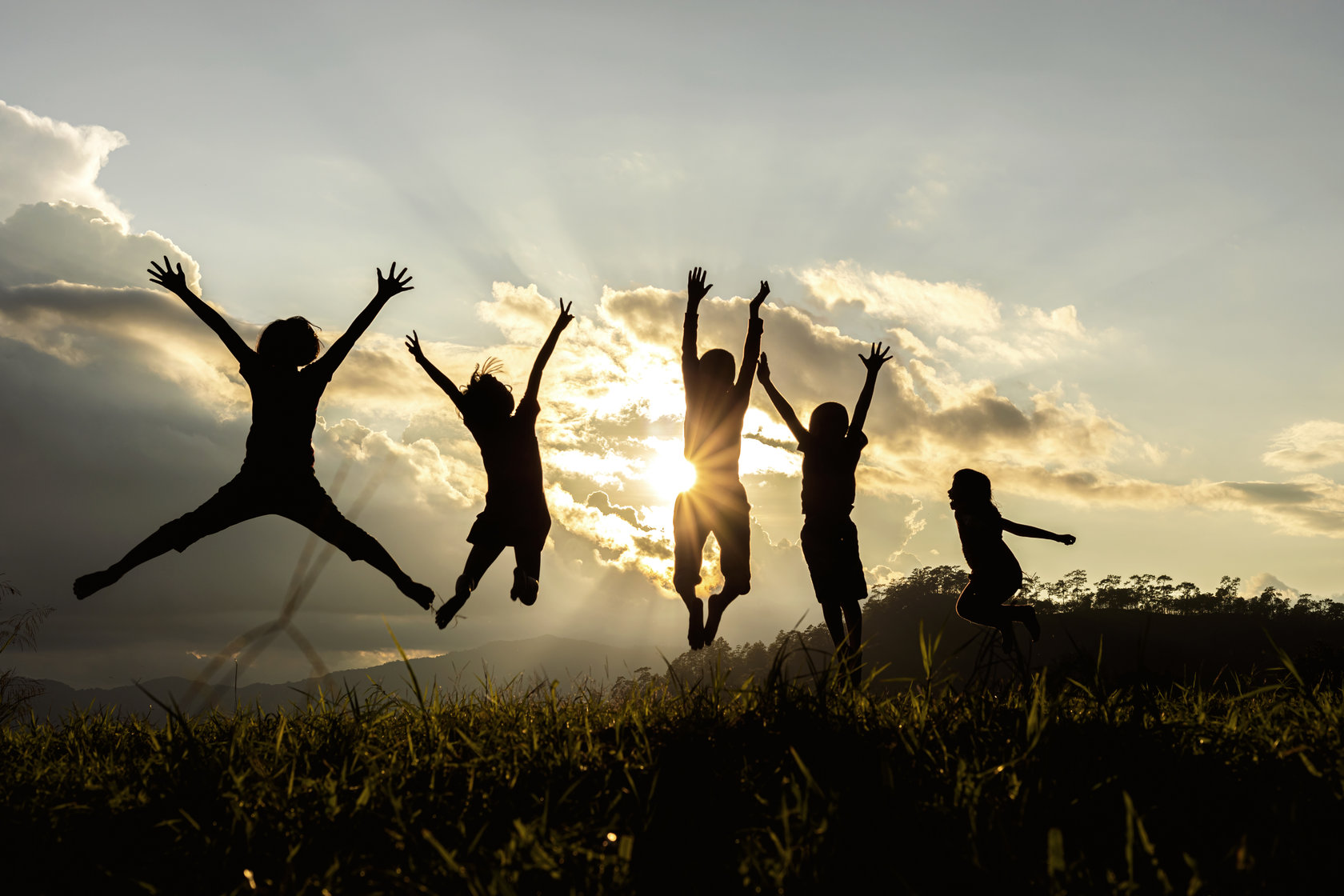 Why we want to help

Children wait daily for an adopter

There are 50000 Children in Germany looking for a loving family environment.

We find it extremely sad that many of these young people are not in regular contact with loving, independent and positive role models. Their principal contacts are paid social workers.

From our point of view, these caregivers alone are not enough to provide the children with a deep sense of unconditional love and attention, for a future of accomplishment, happiness and fulfillment. The project is supported by professional supervisors, therapists and e-Learning experts.

There are 1500 vacant jobs in German children's homes The number of children entering orphanages or Children’s homes increased by 54% during the last decade. Often there are no meaningful family ties and when they do exist, they are often heavily burdened by existential deficiencies and excessive regulatory interference.

Our Vision and Florian Homm's experience

It was a long, rocky road until the idea of building Marian refuges worldwide became an inspired and realistic vision. My Mother was an orphan. The initial impulse dates back to 2002 when Florian Homm helped build one of the most successful public schools in Western Africa (https://www.ourschoolliberia.org/).

I had my first experiences with children from destitute backgrounds while studying in the United States. As a language teacher, I worked pro bono in an American maximum-security prison from 1979 to 1980. Many convicts had already been socially disadvantaged at a young age before they became criminal; be it by neglect, violence, sexual abuse or absent / imprisoned fathers or drug-addicted parents. Statistically it has been proven that children who grow up in children- or foster homes are on average four times more likely to become criminal than those raised in a healthier, more stable family environment.

Every adult should be aware that healthy family- and economic structures have an enormously positive influence on personal development. This privilege is usually not available to children in orphanages and children’s homes. We aim to completely reverse this trend by providing true care, love for orphans in a privileged working environment within a healthy natural setting.

In 2002 we built one of the best schools in Liberia. It was and still is at a high level of education and outperforms the best private schools in this country (Liberia Renaissance Education Complex (www.ourschoolliberia.org). Back then, shortly after the devastating civil war that reduced the population of this African state by a fifth, there was little hope among the population for any improvement. But an entire city was revitalized through this excellent school. The number of children who lost their parents in the war ran into the hundreds of thousands. My motivation in creating this school was based on empathy towards those who did not enjoy the privilege of being born with a silver spoon in their mouth. The least I wished to accomplish was to give these disadvantaged children a first-class education.

The former president of the country and Nobel Laureate, Ellen Johnson Sirleaf, supported the project with her role as honorary president. Today it can be said without the slightest doubt that this school project is a huge success for Liberia. Unfortunately, in 2013, due to extradition detention in Italy, I was unable to continue to accompany the project. I am grateful that a generous sponsor took on the further development at the time and continues to do it today. While in extradition detention in Italy in 2013/2014, I had contact with criminals again, but this as an inmate and no longer as an educator. During this time, I was once again reminded that at least 80% of those convicted came from disastrous family- and economic backgrounds. More and more, my thoughts formed to be of assistance to those less privileged in society.

When I was released from the Italian prison system in 2014, I set about this task. It was largely unstructured and somewhat incoherent. It has been fine-tuned since then. Impulses from my colleagues at OLMOMS and my wife have had a strong influence and the vision which is now complete: The Marian refuges will be first class orphanages. They will not simply be a care center for abandoned children who are frequently passed on to foster families, but centers of love, faith, community, knowledge and success!

We also want to offer mentoring programs. This gives the children the chance to be supported by accomplished and caring individuals, who are well-disposed towards them during their education even after they graduate.

The aim of the OLMOMS is to create equal opportunities for the forgotten and unloved children of God. We want to turn the status quo social pyramid upside down by opening up enormous opportunities for those who have no chance and give them a Christian-inspired first-rate boarding school “Harvard upbringing”!

The OLMOMS members and their network have experts in the following areas:

Building, developing, nurturing and maintaining Marian refuges worldwide is enormous task which requires tremendous funding. We invite you to support us, either as donors, volunteers, educators or mentors. Any donation helps irrespective of its size helps. What matters most is your goodwill and your willingness to help those who can achieve greatness and fulfillment in spite of having been raised on the darker side of life.

I thank you very much for your attention and your goodwill,

Your support and donations are massively appreciated. Sincerely,

Florian Homm and all OLMOMS members

The OLMOMS Stands For Charity 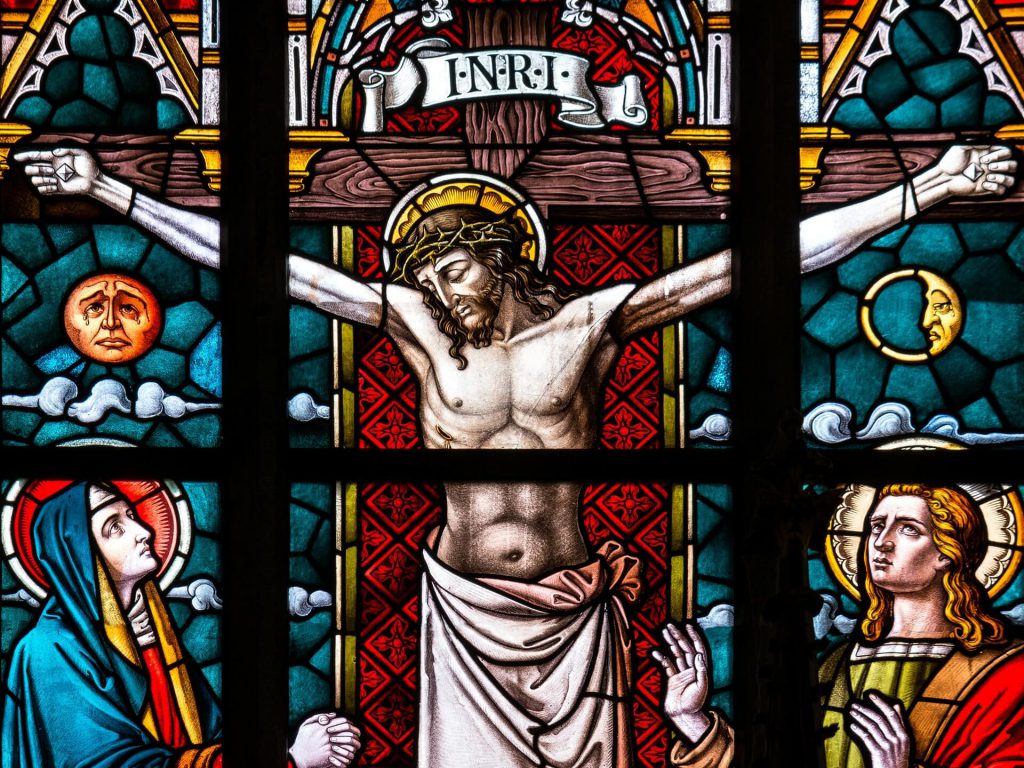 The Little Blue Book helped each of us

So far, the book has been sold more than one hundred thousand times. In the meantime, there are very many people whose lives have developed positively because they are guided by the messages of Mary and the Little Blue Book. We see ourselves confirmed on the basis of our own experiences and the testimonies that it can be worthwhile for everyone to deal more extensively with this unusual book and its encouraging messages.

We promote the association Thallion and their animal-assisted therapies, for needy and physically, or mentally impaired children. In addition, we support the German Children's Hospice Association, which accompanies children, adolescents and young adults with a life-shortening illness. Your donation will also benefit these activities.